Over the course of six months, I sat with my friend’s teens, my teen clients, and other random teenagers who agreed to an interview. What I discovered is that social media is as integral to the modern day teenager’s life as home telephones were to teenagers in the 80’s. According to the May 2013 Pew Research Center’s report on U.S. teens, 81 percent of Internet-using teens reported that they are active on social-networking sites, more than ever before. Facebook, Instagram, Twitter, and new dating apps like OkCupid, Tinder, Blendr, and Grindr have become key players in their social media interactions.

Most teens (aka: Digital Natives) spend nearly all their time online. They’re being introduced to new interests, new friends, new ways to date and to get sex. Social networks and dating apps are making it easier for teens to have sex more than ever. One teen described a Facebook play like this:

“Getting girls to sleep with you is so easy. They’ll post pics of themselves trying to look all sexy, and all I’ve got to do is to like their pics on Facebook. Them girls all like attention.like a few pics then don’t text them for days. Then give them a little more attention – say they look hot and you’ve been thinking about them. Then back off – start liking their friend’s pics. Confuse them. Make them feel insecure. They’ll just chase you harder. Then it’s on.” 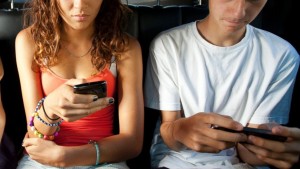 Some teens I spoke to told me that their “hook-ups” (sexual encounters) begin with some sort of introduction to each other online. Many teens have sex, of course, but never before has it been so easy for them to express their need for sex – sometimes even without expectation for romance or intimacy. Even more than adults, some teens like sexting on their mobile devices, instant messaging on Facebook, sharing naked photos on Snapchat, flirting on Blendr, or soliciting each other on Tinder or Grindr.

Some girls send naked photos of themselves or bare themselves through “VC-ing” or video chatting. They do so because many believe that the photos will not be shared – “he promised.” Many teens are also more forward about asking for sex. It’s easier (and safter) to solicit sex from a girl behind a computer screen or cell phone than when you’re right in front of her, and teens are getting used to this. In fact, many teens begin their relationship, whether sexually involved or not, through texting. Texting can be harmful because teens tend to feel safer sharing more information over a Smartphone. On the other hand, texting can be beneficial to some teens because it allows them more time to get to know each other before deciding to meet someone in person.

“There was this guy I used to like in one of my classes. I didn’t think he liked me ‘cause it was like he ignored me most of the time. Then I got a text from him; so we texted for a while. He said he saw me around and that he liked me. It didn’t go too far with him. He was boring. He didn’t make me laugh. He was too pushy, and he was too full of himself.” 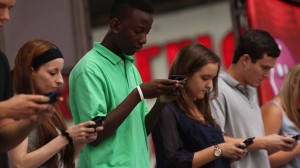 I asked Emma if she and this guy ever talked on the phone. She gave me the “deer in the headlight” look, “What do you mean?” Needless to say, the way flirtation looks like these days has drastically changed and it continues to change at a rapid pace. Even more so, teens take this further by first spending hours checking out each other’s online profiles. Social media profiles are where a lot of teens get their information about their peers and this new generation is deciding whether or not to hook up with someone based on what they find online. Scanning profiles makes it easier for them to get to know each other’s interests without having to ask. Many teens I spoke to said they’ll “stalk” a cute boy’s profile and then stalk the girls the boys find attractive.

When it comes to social media and dating for today’s teens, it appears the more (online) information the better. What’s alarming to me is that many teens seem to be basing some of their romantic/sexual decisions on what they’re being presented through various online networks. They’re perceiving interests through Facebook likes, competing with each other for attention and comparing themselves to each other. Many teens are also experiencing difficulty letting go of an ex. In the same manner as adults, they’re tempted to continue to stalk their ex’s movements post break-up. Teens will follow their ex’s through several different networks and when blocked and some will even go so far as to stalk them through fake profiles.

Social media is causing many teens anxiety. Online interactions can be as confusing to them as they are for adults – if not more so. Not being followed on Twitter or liked on Facebook for many teens translates into rejection. Feeling rejected is painful. Instead of allowing themselves time to process or cope with their feelings in order to move on, many teens will move on in other artificial ways: they’ll focus on someone else online.