Excerpt from my upcoming book, Facehooked, due out October 1, 2014 through Reputation Books – –

Whether it’s for sport or for compensation, false representation on Facebook is mostly  harmless, but when sport becomes malicious behavior people can end up being hurt or traumatized. Take Jackie, for example:

I believed I had found the man of my dreams in Seattle. According to his profile, Justin was professionally successful, believed in long-term commitment, and wanted to have a wife and children one day. I began communicating with Justin when he friended me through a mutual friend. I instantly fell in love and even posted on my wall that I was very happy and was considering moving to Seattle. I bought a ticket to Seattle, but I decided to ask some mutual friends more about him. I discovered that Justin had two children with different women, did not provide child support to either of them and never even graduated college. I felt completely betrayed and heart-broken. I was so depressed that I couldn’t even get out of bed. Just thinking about it made me have panic attacks. It got so bad I had to go to therapy. When I finally unfriend him, he proceeded to publicly slander me on his own wall.

When we begin to realize we are being manipulated online and finally begin to see someone for who they really are, we feel confused and angry, as Jackie did. Confusion and anger can give way to anxiety and eventually self-doubt: Why would someone act this way? Was it me? What made me fall for this?  If the growing feeling of self-doubt persists, what happens next is the most psychologically damaging: many will spend hours, or days, overanalyzing, interpreting and misinterpreting all of these comments and posts, and this becomes a way of living, a way of defending and having to protect oneself. We search through our comment history, trying to make some sense of how this could have happened, without understanding that it’s not possible to find the “real” meaning or logic to this behavior, because there is no real meaning or logic.  People post what they want to post. Our reaction—whatever it may be—gives Emotional Manipulators the ultimate payoff they were hoping for. For some, even negative attention is validation because it’s still attention.

Interactions with emotionally manipulative personality types can seriously affect your emotional well-being. Through your interactions with them you may become fearful and depressed, but feel that you cannot let them go. You may notice that you apologize a lot to them or that you’ve changed your own behavior around them. You’ve probably also grown accustomed to making excuses for them or tried to help them because, on a certain level, they’ve convinced you that their behavior is your fault. 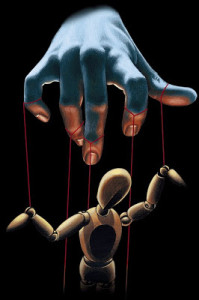 The first step in beginning to heal from interaction with an Emotional Manipulator is to realize that the Manipulator knows exactly what he’s doing. They fully understand the effect their Facebook posts have on your life. In fact, they’re counting on it. Whether the Facebook Manipulator is a Saboteur, a Narcissist, a Martyr, a Seducer or a Stalker their aim is to get what they want without any consideration to your feelings. Once you realize that you are interacting with an Emotional Manipulator, you can take steps to remove them from your life.

Start by noticing the difference between what the Emotional Manipulator posts on Facebook and what they actually do. Emotional Manipulators almost always start out as charming and captivating individuals. They make you the center of their universe. You may feel like you’re getting everything that you’ve ever wanted in a partner/friend, but the affection they display is given a bit earlier in the relationship than is appropriate. They make multiple promises and “talk a good game” on their Facebook walls, but with some investigation, you may notice inconsistencies in their presentation. Write a list of what how they present themselves versus how they actually treat you. Emotional Manipulators often have grandiose plans that never come to fruition. They are fantasy-driven; their goals are a bit farfetched.

Write down a list of inconsistencies they have either posted or shared with you personally. Ask yourself if they’re still lying or if they’ve shared conflicting stories. Consider whether they’ve given you any false hopes or if their attention and support was conditional. Writing down the discrepancies will help you get a clearer picture of what is going on and will make it easier to distance yourself from an Emotional Manipulator. Resistance to manipulation can begin only when you understand the manipulator’s intentions and methods. 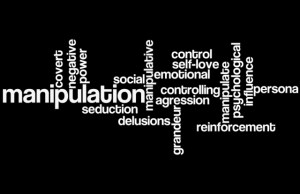 Be aware of stalking behavior. Do they fail to leave you alone despite numerous hints and attempts to stop leaving wall comments or sending you messages? Are they trying to make contact through mutual friends? Are they suggesting that your friendship/relationship is closer than it actually is? Are you noticing a lot of commentary on photos of your partner or family members? Are they leaving sexually suggestive or inappropriate comments?

If you notice any of these signs, it may be time to firmly set limits and/or block them from your profile. If you believe that they’ve created a false account or have tried to contact you through mutual friends, inform your mutual friends of the situation and ask them not to share any information about you and not forward you any messages from them. If the situation continues, report them to Facebook or contact local authorities. Being stalked on Facebook is not the same as being stalked in person, but the emotional effect is the same. There is no reason why you should have to put up with inappropriate or abusive behavior. 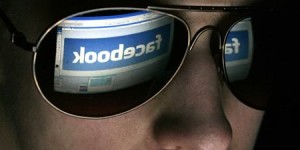 When you’re involved in a toxic relationship for a prolonged period of time, you may find yourself adjusting to the dysfunction. You may not realize how unhealthy a relationship is until you’ve left it. Once you’ve stopped communication with the Manipulator and increased communication with your healthier friendships, you will begin to feel relieved that they are gone.

More than anything, Emotional Manipulators do what they do because they’re lonely and insecure. The only way they know how to get attention is through provoking reactions in others—especially negative reactions. It may seem strange, but a powerful way to stop online manipulative abusive behavior sometimes entails doing absolutely nothing. Silence truly is an incredible communicator and sometimes the best “revenge” is giving no response whatsoever. If Emotional Manipulators can’t read you, they are left feeling frazzled, confused and powerless to control you. When they realize that their attempts to manipulate you have backfired, they will end up feeling anxious and abandoned. This is the first step at turning the tables around and regaining your power.

I’m a firm believer in surrounding yourself with only positive people while eliminating the negative people from your life;  Facebook’s Block feature is especially valuable for this reason. But if you insist on reading their posts, do so as a form of entertainment. Bust out the popcorn and enjoy yourself as you passively observe their many attempts to get your attention. See the posts for what they are: an expression of insecurity.

Once the behavior has stopped it’s time to focus on moving on from the negative experience. When a Manipulator has turned your life upside down, it’s completely understandable that you’ll feel a lot of anger and resentment toward them, but in order to heal, you will need to eventually let go of your anger. There’s a saying, “He who angers you controls you.” This absolutely applies to Manipulators. The more you think about them the more they control you. Whenever you are ready, know that you can forgive and forget them without ever initiating conversation with them again. 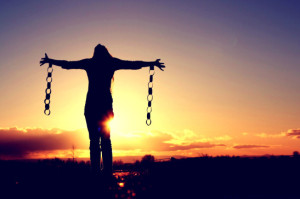 Moving on is the act of releasing the desire to seek revenge or punish someone for an injury. Choosing to ignore toxic behavior does not mean you are a push over. It means that you have instead chosen to refuse to act in an equally destructive manner. You can’t change your past, so any anger, resentment or regret you are holding onto is like “Drinking poison, expecting the other person to die.” It often takes a long time to get to a point when you can choose freedom over resentment, and sometimes your freedom can begin by uttering three powerful words: “I forgive you.”